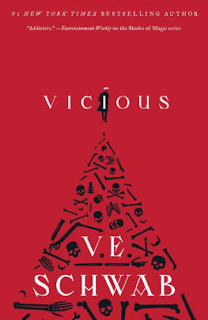 To call me a superhero may be overstating the case slightly, but I think I did my good deed for the world yesterday. It all started as I was walking out the library with a stack of new books to read. I had made a point of ignoring all my friendly librarian's suggestions because I fear she has a secret agenda (she offers too many romantic novels and self-help books), and I was feeling pretty good. But as I walked out, I observed three young hoodlums seemingly about to engage in fistacuffs! More specifically, it appeared that two of them were about to give the business to the third one, who seemed frail and malnourished, likely because he had spent all his food money on tattoos and piercings. Don't get me wrong - I respect all people's right to self-expression, but hey, you've got to eat!

What happened next must have been influenced in some way by having just read this book. Perhaps it had implanted the idea in my subconscious that ordinary people can have extraordinary powers. Or maybe reading about such blatant villainy triggered my inner justice warrior. But whatever the reason, I knew in that moment that I was not going to let this stand.

When I was younger, this would have been an easy task. I was never a fighter, but I could be imposing when I wanted to. I used to dabble in the martial arts, and I was not without skills. I once attained a brown belt in karate, and I could catch flies with chopsticks (ok, that part isn't true, but I watched The Karate Kid twice, so pretty much the same). It has been a few decades, of course, and I worried that I might be rusty, but this time I would have the advantage of surprise, as the young gentlemen in question didn't even seem to notice my presence.

I took a deep breath in, and I centered my energy. I approached the two aggressors from the side, and I assumed a shiko dachi stance. I was preparing to strike, but unfortunately, my legs had not been in that position in many years and were not ready to cooperate. Before I could unleash a vicious kansetu geri that would have likely destroyed his ACL, I experienced a hamstring cramp like none I have ever had before. I thought perhaps they had an accomplice who had struck me from behind, but as I fell to the ground, I was unquestionably alone.

Still, the move turned out to be quite effective. The young men were distracted from their quarrel and soon all three were helping me to my feet. While none was willing to massage my hamstring, once they had me seated on a bench, they appeared to forget their differences. After a couple of minutes, I thought they were initiating hand-to-hand combat, but it turned out to be a complex "handshake" involving a number of body parts and some simian grunts. It was so elaborate and violent that I briefly questioned whether or not I had read the original situation correctly or if they may have in fact been just greeting each other. But I discarded that notion as implausible and had no choice but to acknowledge that I had truly saved the day. I appreciate your gratitude and ask that you please send pickles in lieu of flowers or thank you cards.
Posted by Angry Old Man at 11:17 AM