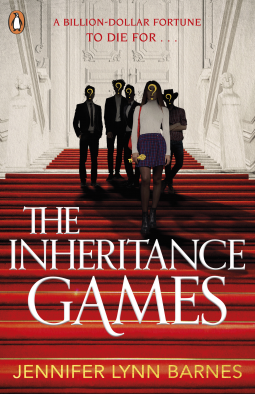 A timely book, this, as the kids are after me about my will again. Now don't get me wrong - I am no billionaire, but I've got enough saved away to support my extended retirement. Granted, I didn't expect to live this long, so the coffers aren't as full as they used to be, but every time my son-in-law is over here (not that I let him through the door if I can avoid it), I can see him sneaking peeks at everything he'd like to get his hands on. Filthy rat. The most valuable things in my possession, of course, are my secret pickle recipes, but I'll be damned if anyone is getting their hands on those. No sir, I will take those to my grave, and you all can just eat Vlasic's abominations until you puke.

But anyway, Eleanor and I were always very responsible, and we've had a will in place for decades, and we've never changed it. The closest we ever came was when I talked to a lawyer to find out if there was a way to leave money to our daughter Rachel without allowing her asinine husband to use any of it. It turns out that such a thing is possible, but it is a hassle, and Eleanor thought it was "mean-spirited," if you can believe that. So everything just gets split evenly with no fuss. Of course, the kids don't know that, and therein lies the fun.

If you've ever read my reviews, you know that my kids frequently do things that piss me off. In fact, pretty much everything they do pisses me off, and I am a very, very patient person. I can give it back though too. One year, at Christmas Dinner, I was so sick of listening to my son-in-law Gerry mansplain Art Deco that I announced out of nowhere, "So, I have changed my will." Oh, what a moment. At first, they didn't believe it (they were right, of course), but soon disbelief gave way to anxiety, anger, accusations, and despair. It was beautiful! It was like I had regained the parental power I hadn't had since my kids moved out of the house. I refused to give them any details, and I took my leave. Best Christmas ever.

Since then, I have made it a point to announce ambiguous changes to my will every six months or so, and for a while, it was working like a charm. But sadly, like all drugs, it lost it effect over time. So a few weeks ago, I told them that I had dissolved my will altogether. And they went batshit crazy! Two points for me! The anxiety of not knowing what to do when I die (and that being such a realistic possibility at my age) seems to really be getting to them.

But this book brought up an idea I had not thought of. I could actually leave my entire estate (do normal people like me still get to call it that?) to a complete stranger. My last revenge! I don't imagine the fallout would be quite as extreme as in this novel, but it will be worth it just to see their faces (not sure how I manage that, but there must be a way). So, if you would like to be considered as a potential heir to my vast personal fortune, simply comment below as to why you are a deserving candidate, and also leave your name, address, bank account info, credit card number, PIN, mother's maiden name, internet passwords, answers to your typical security questions, birth certificate, SSN, a PDF of your thumbprint, retinal scan, and a signed affidavit with a notary stamp stating that all the above are given willingly, and who knows, you may soon be very rich!