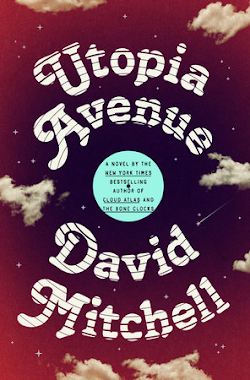 So last week I got a call from my friend Vernon saying that he was going on vacation and wanted to drop off a few things at house. Can you believe this shit? A vacation in the middle of a pandemic? Who the hell does he think he is? He wouldn't even tell me where he was going. "Someplace warm where no one will talk to me about the election," he said. Good luck, pal. I didn't want to push it, but my guess is Cuba. I know there's a travel ban, but still. In fact, I still have some connections from my time working in international relations, if you will, so if you need some travel assistance, contact me privately and I'd be happy to help. I'll take my finder's fee in gin, thank you very much, and no plastic bottles!

Anyway, Vernon's house is so full of crap that you can barely open the front door, so I wasn't sure exactly what to expect. Among the treasures he brought over in a pile of plastic bags were half a roll of duct tape (how thoughtful), a coffee can filled with marbles (I told you, this guy is a legit hoarder), a copy of this novel (which I should say I quite enjoyed - typical Mitchell genius), a purple tupperware container of tuna salad (which I knew I should throw away, but it smelled ok and it had chopped celery and thinly sliced green olives in it, which is just the way I like it, so I figured if it's my time to die, this seems like as good a way to go as any, and I put it in the fridge), and half a bag of dog treats.

"What the Hell, Vern," I said - "you haven't owned a dog in almost ten years!" He just shrugged. "You never know," he said, and he told me he remembered my neighbor had a dog and thought maybe I could give them to her. Fat chance! I guess he forgot that I hate that dog, and furthermore, I can count on two fingers the times Margaret ever did something for me, and I would still have a finger to spare. But I didn't tell him that, and he left for sunnier climes. I was on my way to throw the treats in the garbage, when on a whim, I thought to look at the ingredients. I was curious what it was that dogs went so crazy for, but the list of ingredients was just one solitary item: pizzle.

Pizzle? What the fuck? Is that even a word, let alone a food? It wasn't in my (abridged) dictionary, so clearly something fishy was going on. Are dogs, perhaps, making up words now? Was someone at the dog food factory fucking with me? Pizzle? Was this snack created by Snoop Dogg? Then I remembered what my grandson says whenever I try to get him to expand his withering mind by reading a goddamn book for a change: "If I need to know it, I'll look it up on the internet." And there it was! I only had to type the word into that bar thing near the top there, and sure enough, I had the answer. Pizzle, my friends - I shit you not - is bull penis!

That's right - these little twisty rawhide-like sticks are nothing more than 100% desiccated bull cocks. What a stroke of mad rhetorical genius to fool millions of people into unwittingly buying schvantzes for their dogs! Suddenly, the idea of giving them to Margaret didn't seem so bad any more. What followed is probably best described as a geriatric version of Ding Dong Ditch. I left the bag of penises on her doorstep and hurried home. A bystander may have heard the competing creaks of her walker approaching the door and my knees trying to escape, but I was safely inside before she opened the door. I left a note that said "with all due good wishes" on it, which I thought was a clever turn of phrase because, of course, I had no good wishes for her, but then again, she was due none, so I wasn't technically lying. And now I am in my breakfast nook with my binoculars waiting for that goddamn little schnauzer to come out of her kennel. I think it's going to be a good day.