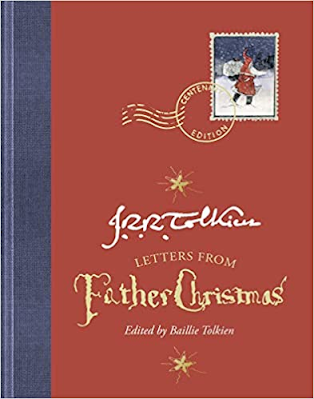 Okay folks, it's Christmas, so out of the kindness of my heart, I am giving in to the wishes of my daughter, who pleaded with me to write something positive and uplifting for a change. Personally, I always feel uplifted after writing my reviews, but some have noted "excessive sarcasm" and "unnecessary frankness" that could be misinterpreted by my more naive readers. So I chose this book, which is lovely, and what with COVID and all, I spent most of the day by myself re-reading it in front of the fire.

And you know what, there's nothing like being alone on Christmas to make you reflect on your own existence and what truly brings you joy in life. Number 1 on the list - being alone on Christmas! Hallelujah! This was the best Christmas I have spent in years! No small talk with relatives who are shocked to see that I am still alive another year later, no explaining why some people deserved presents and others didn't, no pretending that prime rib is something people actually like to eat, or listening to my son-in-law cycle through the same three jokes (using the term loosely) about it that I hear every damn year, namely: 1) "The bloodier, the better!," 2) "I like it rare as a purple diamond!" (which, as a side note, he reportedly tried to find to propose to Rachel, if you can believe that shit), and 3) "I'd serve it raw if it was legal!"

Speaking of which, did you know that around here, it is a tradition for some people to eat raw meat sandwiches on Christmas Day?  I do understand that once upon a time our ancestors killed animals and ate them raw, and I am grateful that they survived, but shouldn't we be a bit more civilized at this point? This custom apparently comes from the Germans (no surprise there, am I right?), and it has been passed down by generations of idiots who somehow missed the culling that natural selection was supposed to enact to gradually improve our species.

You might hope that if someone was going to try to make you eat raw meat, they would fancy it up somehow or give it a sophisticated-sounding name as they do in Europe like carpaccio or tartare. But no, here they call it a Cannibal Sandwich, and just in case you think you might not get sick from eating a pile of raw ground beef on white bread, they throw a raw egg on there to guarantee puking within an hour. Classy! And this year, of all times. It's painful to picture these people who have spent 9 months giving up everything to avoid getting COVID, only to be rushed to the ER on Christmas because they stuffed their pie holes with a raw hamburger.

So there you have it, people. Merry Christmas! Are you not uplifted? If you have read this far (which suggests an emptiness in your life that no blog can fill) and are still not feeling the Christmas spirit, just remind yourself that you don't have to see any of your family today, and you have the option of cooking all of your food. It's a Christmas miracle! 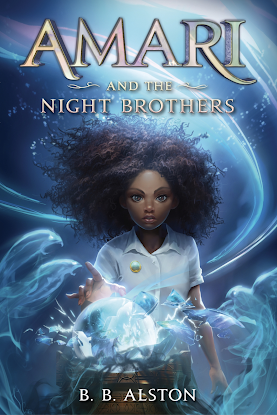 Posted by Angry Old Man at 5:17 PM No comments:

The Cousins by Karen M. McManus 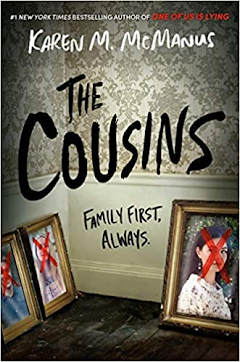 Don't get me wrong - I'm all for personal freedom and making your own choices and all that crap, but when it comes to having cousins, take it from me, don't bother. And if you don't have the option of making that choice for yourself, just stay away. When I was a kid, I had a shit ton of cousins around all the time, and while I can say that they certainly shaped my world view, the world doesn't look that great when seen through the bottom of an outhouse seat. And yes, by that I mean that they literally stuffed me down through the outdoor shitter on my uncle's farm.
When I was a kid, this town was so small that I could put some bacon on, go buy eggs at the market on the far end of town, and be back before the bacon burned. And God damn, how I hate it when people overcook bacon! If I had a dollar for every time my useless son-in-law served me bacon that would have been better used as charcoal, I wouldn't have had to list my extra pair of dentures on Ebay (thank you Jackson, by the way, for your help with that). It's just not that hard to cook bacon, people! Nowadays, people are so inept and scared of the fat that they think to make it taste good you have to smoke it on applewood or make it out or turkey or some shit. Idiots! But if I start listing all the ways life was better when I was a kid, I'm going to trigger my arthritis before I even get to the invention of Taco Bell.
So anyway, my parents and my two uncles all had adjacent land with some woods and a creek in between, close enough to carry someone home if they got injured but far enough away that no one was going to hear anything if the older cousins (hypothetically, of course) killed a skunk and put it in my sleeping bag, rubbed honey on my face and dragged me toward a nest of ground bees, or tried to raise me up the makeshift flagpole by my skivvies. And that was just the tame stuff! Some things I can't write about because I'm not sure about the statute of limitations.
There was only one rule when we were together: Keep It In The Family. Which meant that if I were to ask my father for help with the abuse I was getting, his answer was going to be "Well get back out there and sort it out!" or "Why did you let him do that to you?" I mean, I don't know, Dad, maybe because he's fifteen and I weigh 47 pounds? But god forbid one of the neighbors heard enough to ask questions, because then it was the belt for everyone, whether you were at the bottom of the flagpole or the top.
But here's the crazy thing. This gang of sadistic monsters somehow wove their way into normal adult society! One became a teacher; others included a farmer, a dentist (ok, he was still sadistic), a nurse, a middle manager, etc. Which just goes to show that as you go through your daily lives, there are remorseless sociopaths hiding everywhere in plain sight. Have a nice day. And so, I guess my point is that while the cousins in this book are not perfect (some worse than others - no spoilers), on the whole, they're not that bad.
Posted by Angry Old Man at 12:48 PM No comments: