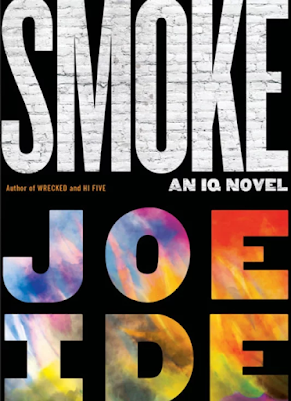 So, I had coffee with Margaret. I know I said that I would not do this, but I got ambushed and I had no choice! I was shoveling my sidewalk, which one must begin before the snow even stops falling, because if you don't, some sneaky opportunist boy scout will be out there first, trying to earn points toward his Bother the Elderly badge. In any civilized country, it is understood that if you are going to do a job for someone, you agree to the terms ahead of time. But around here, it is apparently open season for taking advantage of your neighbors. You, as the homeowner, are then expected to pay more than market value for a half-ass job, and if you don't throw in cookies or hot chocolate on top of it, you're the asshole. If I actually let a kid shovel my walk for no reward other than the satisfaction of doing an act of kindness, I'd have their helicopter parents at my door within minutes with Child Protective Services on the iphone they bought him when he turned seven. So not today, Braden! I'll shovel my own walk, thank you very much.

Truth be told, I was shoveling Margaret's sidewalk as well, but NOT as an act of friendship, mind you. I was merely trying to prevent the pre-pubescent predatory capitalist shovel gangs from getting a foothold in the neighborhood. And I didn't want someone to slip on her walk, fall onto my property, and then try to sue the both of us. Plus, I had shit all to do. But before I knew it, there she was at her door thanking me and saying that coffee was ready when I was done. What could I say? I tried to think of an excuse, but you don't have to look at my calendar to know that my next firm commitment is showing up for my funeral. I thought maybe I would just keep shoveling until it was too late for coffee, but past Margaret's house is Mr. Fischer, and that fucker certainly doesn't deserve to have his sidewalk shoveled.

So I went in. And not only was there coffee, but also those tiny little sandwiches that no one eats unless you think you are better than other people. No thanks! But I guess the hard labor piqued my appetite, so I had a few and they were kind of delicious. It had been a long time since I was in that house. Margaret reminded me of how well she and Eleanor used to get along and played cards together. I reminded her of the time she was hanging her laundry and her undergarments blew into Mr. Fischer's yard and created a neighborhood scandal. She recalled it as less amusing than I did, somehow.

When I was leaving, she said she had something for me. Oh shit, I thought, she figured out the pizzle incident and is bent on revenge! But she presented me with a copy of this book, which I had actually been waiting to read and just came out. I assumed that she laced it with anthrax or something, but after a thorough disinfecting job, I had a lovely afternoon with this latest IQ novel and have fortunately developed no symptoms. I do love the resolution of a good mystery, but in my case, it seems that there is something sinister that remains unresolved. What the hell is Margaret playing at?