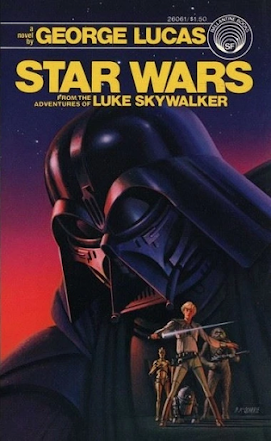 I'd like to start by offering a word of thanks to all of you who recently sent me messages suggesting that I should be nicer to my son-in-law. I did not read them. And if I did, I did not care. And to the gentleman who wondered if I can take a joke as well as I can dish one out, I offer this story. It took place almost fifty years ago in a dive bar in Los Angeles. I was out with some business associates, and an opportunity arose for a dare. I was then, as I am now, known for never backing away from a challenge. After all, who kept courting Eleanor even when her father threatened to literally rip my arms off if he ever saw my face again? This guy. And who, just last week, summoned the manager when the clerk refused to allow me to use multiple coupons for the same extra large tub of Metamusil? Me again. And who was it who made the Kessel Run in under 12 parsecs? Yes, of course that was Han Solo, but the point is, I wrote that line! Let me explain.

Back to LA - I was at the bar waiting for another round of Lucky Lagers when I struck up a conversation with a guy making furious notes on a napkin. His name was George, and he was working on an outer space movie script, so I started spitballing some ideas, and he loved them! I was making things up off the top of my head, and he was writing them all down. I don't recall everything, but it's possible that I made up Wookiees. Anyway, when I came up with the idea of the Kessel Run, he told me we should definitely work together. I wrote down my number on his napkin of brilliant ideas, and he was about to give me his card, but then my friends started calling me back to our table.

At the table next to ours, someone appeared to have left a full, untouched pint of beer. They had determined that one of us had to go take the beer and down it with all due speed. No one else at the table was willing to do this, for fear that the rightful owner would reappear, and we would end up in yet another massive bar brawl. But as I knew no fear, I was happy to oblige. After all, free beer, right? Wrong! As it turns out, it was a full pint of cider, which at the time I didn't even realize was a thing. But a dare is a dare, and so I chugged the rancid beer with no second thought. Take that, suckers!

My reward from my friends was whiskey, then more whiskey, and then over the next round of beers it came out that the whole thing was a setup they came up with while I was making business connections with George Lucas. Oh shit! I had forgotten about him, and when I looked up, he was on his way out the door. I caught him just in time (by the shoulder, and maybe more strongly than I had intended), and I asked him for his card so we could continue our work together. I was a bit sloshed at this point, so when I referred to our collaboration, he may have misunderstood me. He seemed to suggest that he had my number and would give me a call tomorrow.

Friends, I think you can guess how this story ends. He never called, and he went on to become a multi-millionaire with my ideas. To my knowledge, he never acknowledged my contribution, and no fewer than 4 intellectual property judges have declined to validate my creative input. And in terms of taking a joke, did I terminate my friendship with the people who robbed me of my chance for filmwriting immortality? Well, I guess I did mostly, but not all of them! So I think I showed that I was the bigger person there, thank you very much.