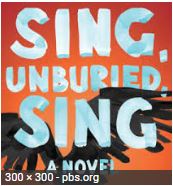 Now this is some hard shit. I remember when my grandson Jackson was two, he wandered away from me in a store. I was so pissed at that little fucker. My therapist thinks I was mad at myself, but what does she know? It was objectively his fault - it is literally impossible to try on a belt and hold a toddler at the same time. Anyway, it took me about 6 minutes to find him, and I have never felt such dread in my whole life. Now I don't know what this woman has experienced in her life, but she knows how to write dread. I spent the whole time afraid of what terrible thing was coming next, and they kept on coming. I mean, if the poverty doesn't get you, then the racism and the meth will. And on top of it, all these people can talk to ghosts. And you won't be surprised that it's not the nice, Demi Moore, let me do pottery with you kind of ghosts, but more the hey, I died a terrible death and would like to haunt you with that kind of ghosts. They talk to animals too, and you know who else can do that? My granddaughter Tina! They say she has a gift. I say a gift would be if she came around here to talk to me some time instead of talking to animals, but what the fuck. Everyone wants things. This book actually made me feel like being a lonely old white guy isn't so bad. I still had to have two vodka gimlets instead of one when I finished though. I know this book is brilliant, but I think I might just be too old for this shit.
Posted by Angry Old Man at 5:49 AM