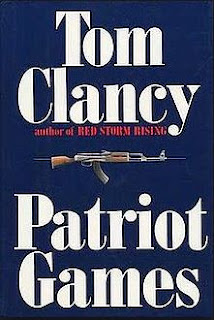 I decided to read something "pro-America" for the fourth of July. It was a good time, and I even had a decent conversation with my son about it at the BBQ, until he loaded up his hot dog with sweet relish, and it all went to shit. It started with his usual passive aggressive stuff, not even bothering to call it sweet relish, but just "relish," as if dill relish, the kind that you should eat, didn't even exist. But I'm used to that by now, so I just reminded him that sweet relish is an abomination and that if he really wanted all that corn syrup, he could just eat a candy bar or put yogurt on his hot dog. Knowing that I was right, he didn't really say anything to that but just asked me more about the book, but inevitably it came out that he didn't even bother to buy any dill relish, claiming that they didn't have any at the fancy food coop he shops at. When I pushed him on it, he suggested that I just go chop up some of the dill pickles he had in the fridge, but when I did that (thoughtfully making enough for everyone), he got all pissed and left to buy more beer. Happy fucking Independence Day!
Posted by Angry Old Man at 11:58 AM