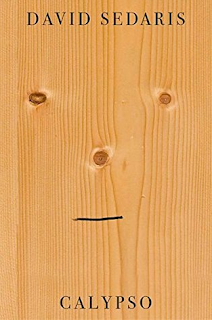 So Jackson tells me I have to be on Twitter. According to him, that is where all bloggers are now. I asked him, "Where exactly is Twitter?" He told me that my question - I shit you not - betrayed "a fundamental lack of understanding." Can you believe this shit? Who talks to their grandfather that way? These kids think that technological knowledge is the same as understanding the world, and they are bent on creating a world in which that is actually true. Well, we are not in that world yet, and I think those of us who have spent a fair bit of time in this one still have a thing or two to offer, if people could divert their eyes from their screens for half a second. It kind of feels like being David Sedaris's father - knowing that at some level, people still care about you, but also having to recognize that even your family sees you like a relic whose best role in life is now as a comic foil. Not an enviable position, I must say. But how do we fight against the tide? The waves of time beat against us and day by day erode our relevance. There is no escape that I can see. So in the end, I told Jackson he could set up a Twitter account for me. See you on the Internets!
Posted by Angry Old Man at 8:19 AM