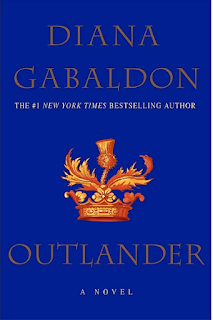 Let me be clear that I don't really value other people's opinions on things. I see no reason why I would want to know how 500 people rated some coffee shop before I go there, and I don't need the hive mind to tell me if I like a steak or not. That kind of thing is for feeble-minded people. On a side note, my grandson has told me to be nicer in these reviews, and Jackson, I would like you to notice that I did not refer to any specific feeble-minded people that you and I both may know. But I have to admit that I was curious when they announced the Great American Read event, and when the final rankings came out, this was the only book in the top 10 that I hadn't read. And so, despite my better judgment, I went ahead and read it. And it wasn't terrible. Certainly not the second best book in American history or whatever, but what do you expect from a system that lets anybody vote? We seem to prize that concept here in America, and just look where it's gotten us. But I digress again. Maybe a good way of putting it is that reading this book is kind of like your parents having sex - you're happy it happened at least once, but you don't really want to have to think about it ever again.
Posted by Angry Old Man at 11:25 AM