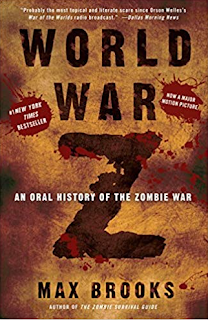 Yes, zombies are bad, but what the hell is going on with all these damn stinkbugs? Ever since the beginning of winter, it seems like I find at least one a day, whirring around in my bathroom or staring menacingly at me from the lamp next to my la-z-boy. I know it's been an unusually hard winter, that can not fully explain this infestation. Where are they coming from? What do they want? And why only one or two per day? Is there a General Stinkenwald somewhere sending out scouts every morning to see if I might vacate the house so they can come in and take over the place? And does he care that I keep crunching his sentinels into little bits? This is my house, Stinkenwald.

Usually, come winter, I can expect a couple of mice to get in through the basement walls. But that is understandable, predictable, and easy to manage. It gets cold outside, mice want warm. They come in and look for food. I set traps in the pantry, kill a few mice, feed them to my neighbor's schnauzer when she's not looking in the hopes that she will get a taste for blood and turn on Margaret, and that's it until next year. But these stinkbugs just keep coming! It's like the zombie hordes in this book - slow, stupid, irritating, relentless. And I just keep crunching them. It's such a rewarding feeling, too, much better than slapping a mosquito or choking out an alligator (a story for another time). Then the other day, my granddaughter Tina came over, and she was appalled that I was killing these worthless pests. Do you remember that Tina can talk to animals (see here)? Well, I asked her to please communicate to them that it would be best for all involved if they kept away from my light fixtures, but she said it didn't work like that. Get this - she actually wanted me to "relocate" the stinkbugs. I explained that what she was asking was for me throw an insect out into the snow to die slowly instead of giving it a quick, painless trip to bug heaven, but she would not relent. She said it was the "principle of the thing." I imagine she would be against killing zombies on principle as well. But I told her I would make a deal with her. I would escort these crunchy critters out my back door into the freedom of winter if she promised that when it was my time to go, she would kill me quickly and not throw me into the snow. It did not go over well.

So there I was, a grown human adult, carefully scooping up the most annoying of God's mistaken experiments, and placing them out on my patio. It was more degrading than anything zombies could do to me. And then the thought came to me, could Jackson be behind this somehow? He doesn't know about the shower (see here), does he? Hard to know for sure, but it's time to start plotting again...
Posted by Angry Old Man at 5:50 PM