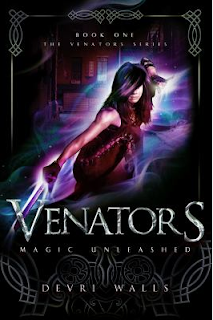 So I get a call from my grandson after my last review, and he says that he and his friends want to know my story about shaving an elephant. Oh, I see. Now that you and your friends are off to college, I don't ever hear from you, I am as forgotten as PSY's followup single to "Gangham Style," and now you want something from me? Well guess what, snowflakes? Forget it! It's good to want things. So keep wanting. You can all go console yourselves with your collection of participation trophies, Fortnite, and your vaping parties, or whatever it is you do. Good to know you're reading the blog though - keep it up!

For the rest of you - want to know something else stupid Jackson and his friends did? Last weekend, they did something called the "Polar Plunge." Have you heard of this shit? A bunch of so-called adults cut a hole in a frozen lake and then jump in the water. On purpose! When I asked him what the point was, he said it was raise money for some charity I never heard of - Save the Despondent, Socially Stunted, Screen-Addicted Millennials or something like that. First of all, lost cause. Second of all, if there is a charity doing good work that you would like to support, how about you give them some damn money? Or volunteer? How the hell is jumping in a lake going to help anyone except by giving you a chance to show off your half-naked bodies on Instagram?

And get this, they are planning another one. And he wants me to do it! I think even suggesting such a thing is tantamount to attempted murder, because I am certain that if you put me in that lake, I will die. Even if I am not killed instantly by the shock, I can barely get my arms over my head these days, so swimming is pretty much a non-starter. To get to the point, I would rather get sucked through the Saint Louis arch and have to deal with a bunch of werewolves, vampires, and succubi, like the main characters of this book. Unbeknownst to them, they are Venators. Venators, for you newbies, are magic wielders and defenders of justice. Kind of like American Senators, only with actual power, capacity for independent thought, and a moral compass. I am hoping that in the sequel, Rune and Grey are released into the Senate to kick some ass.

But I do not have time to get angry about politics right now, because I am too busy still being angry at Jackson and his faux-philanthopist buddies. So here's an offer for you and your roommates, Jackson. Dig through the layers of moldy nacho cheese and hardened Ramen noodles on your couch, collect all your loose change and bring it over here, and together we can find an appropriate way to donate it to a good cause. And I will let you borrow this exciting book. And just maybe, I will tell you that story about the elephant. By the way, don't tell your mom.
Posted by Angry Old Man at 7:53 AM