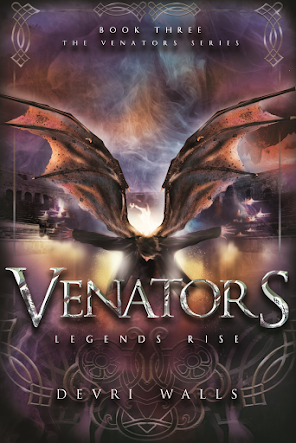 If I get one more unsolicited phone call from a polling company doing a survey about this election, I swear to God I will punch someone in the face. Or if I can't get my arms up above my head, which has been difficult lately, I will punch them in the ribs. What is even the fucking point, anyway? First off, after the 2016 election, nobody is going to believe what your poll says. No one. Not one goddamn person. I don't want to hear about your improved methodology or sampling process or any other shit. You guys blew it, so piss off. Furthermore, as you repeatedly harass me, do you really think anyone out there gives a crap what I think? Hell no! The last time someone asked my opinion in earnest was 25 years ago when my daughter Rachel sat me down to ask me what I thought about her boyfriend. I told  her in no uncertain terms what I thought, and she married him anyway, and now they live in a house painted orange with pink trim. And God help me, Gerry, if I hear you utter the words "homage to a sunset" one more fucking time. Take this book, for example. Maybe I think that it was well-written sequel that gives us more development on the relationship between Rune and Grey, as well as some much appreciated backstory for the secondary characters. But if you weren't going to read it anyway, are you really going to read it just because I said so? Jesus, I hope you have more self-respect than that. Pathetic.
The pollster problem has turned out to be more complicated than I initially thought. I figured at first I could just go with my Plan A for most problems, which is yelling at people. But before I could even say, "Listen here, you parasitic nobody, spending your time harassing the elderly while your parents try to dig themselves out of debt from all the money they spent on your liberal arts education just so could end up in a dank, dirty cubicle with 100 other philosophy majors who couldn't cut it as baristas, without even so much as a picture of them up on your tackboard wall because of your intense internalized shame, why don't you go follow your passion and start an Etsy store or some shit before I report you to human services for elder abuse," they typically would hang up, and I felt unsatisfied.

Then one day I forgot to put my hearing aids in, and I enjoyed the conversation a lot more! So I decided to go with that, and even when I had them in, I started having conversations like this:

"Hello, sir, can I ask you a few questions about the election?"
"What was that, sonny?"
"I'd like to ask you some questions about the election, sir."
"Well, you're a couple decades too late for that, not that it's any of your business!"
"THE ELECTION, SIR. I'M TALKING ABOUT THE ELECTION!"
"Now don't you yell at me, you parasitic nobody, spending your time harassing the elderly, etc..."
Much more enjoyable, but still, over too quickly. As you well know, I try to be a force for good in the world, and I figured that I would be doing society a service if I could keep these morons on the phone as long as possible to prevent them from ruining other people's family dinners, so my new act is the eager, bumbling idiot. It's more along these lines:
"Hello, sir, can I ask you a few questions about the election?"
"Oh, of course! I would so much love to help!
"OK, first question: who do you prefer for president, Mr. Trump or Mr. Biden?"
"Oh my, what a choice! Can I only pick one, or can I vote for each of them, so neither feels bad?"
"Just one sir - who do you prefer for president?"
"Oh, I see. President of what exactly?"
"President of the United States, sir."
"Oh my! That is a lot of responsibility, isn't it? You sound like you know a lot about this stuff - who do you prefer?"
"I can't tell you that sir - would you like to answer the question?"
"Oh, but didn't I already?"
This approach has really allowed me to tap into my creativity (maybe I should have an Etsy store), and yesterday I set a new record by keeping a pollster on the phone for - I shit you not - 47 minutes! During which time, I hope, someone was able to read this book in peace. You're welcome, America.
Posted by Angry Old Man at 1:28 PM